Dash cams once felt like a novelty; now they seem to be a necessity. These little windshield-mounted gadgets can not only record high-definition video while you’re driving, but also capture the action while you’re parked – important if someone, for example, backs into your bumper and then flees. These recordings can be useful for insurance purposes or simply to enrich the YouTube collection of great dash cam images.

The Miofive 4K Dash Cam handles all of this easily, efficiently and dare I say entertaining? From the moment you plug it in and a friendly voice says, “Miofive is here for you,” you’re pretty much ready to hit the road.

The Miofive is a large yet compact front-facing camera with a 4K image sensor, 64GB of built-in storage and a 2.2-inch preview screen. It has built-in GPS, which means it doesn’t need to rely on your phone for route, speed and position data, and a 3-axis accelerometer used to detect movements (as if the car bumps while parked).

These are all pretty standard features, especially in high-end dash cams. However, while the built-in storage is a nice added value that saves you from having to deal with removable memory cards, it also limits the total amount of video you can keep (around 3-4 hours, according to Miofive). And if you want to copy videos to your computer, you have to physically remove the camera from the car instead of just taking out a card.

Luckily, it’s really easy to access (and share) recordings right from your phone, thanks to Miofive’s companion app. This app also overcomes another minor issue with the camera: no touchscreen. Instead, there’s a touch control bar to the right of the screen; you press one of the three dots that correspond to on-screen menu items. Working this way feels slow and unintuitive – my brain is wired to smash the screen itself, not three dots next to it – but luckily you won’t need much of it. After the initial setup, you can do just about anything from the app.

Speaking of setup, basic setup is pretty simple: just stick it to your windshield and plug the power cord into a USB or power port. For better or worse, Miofive only provides a peel and stick pad for mounting; there is no suction cup option. This means that the camera is very unlikely to come loose while you’re driving, but it also means that you can’t easily move it around (like in another vehicle) if you want to. And the stand doesn’t allow for horizontal adjustments, so you need to make sure it’s absolutely level.

For those who don’t like the idea of ​​a power cord dangling from the windshield, Miofive provides a small plastic tool to help you push the cord into the trim so it’s out of the way most of the time. seen. There is also an optional wiring kit that provides power to your car’s fuse box – needed if you want to activate the accelerated park feature.

I rode for several days (and nights) and found the camera footage to be extremely good overall. Because it captures a succession of one-minute clips (required for continuous loop recording), it can be difficult to pinpoint exactly what you want unless you know the exact time. But that’s true for most dash cams.

Voice alerts are mixed: friendly, but intrusive. I quickly grew tired of hearing the camera tell me, at every stop light, “go ahead” just as the car in front of me started moving. Unfortunately, you can’t choose which alerts to keep and which to turn off. it’s all or nothing.

It’s a minor nitpick; Overall, I think the Miofive 4K is a solid dash cam that represents great value for money. Provided you don’t want something that also offers rear-facing recording, it’s definitely worth a look. 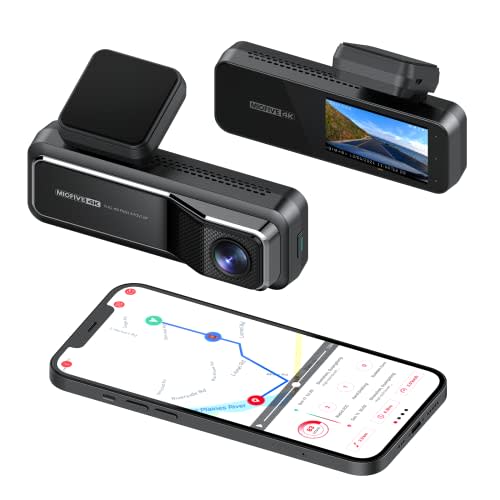 Garmin Dash Cam 67W We can’t fault you for losing track of the Garmin Dash Cam range often included in our best dash cam guide. The design has remained consistent for a few years now, and there are currently three models that look almost identical, but cover a price range of £130-£200. Here we are […]

Dash camera footage appealed in bid to end violence on Blairhall bus route Schedule An icon of a desktop calendar. Cancel An icon of a circle with a diagonal line across it. Caret A right-pointing solid arrow icon. E-mail An icon of a paper envelope. Facebook An icon of Facebook’s “f” mark. Google An icon […]

Digital Trends may earn a commission when you buy through links on our site. A good dash cam is a wise investment if you spend a lot of time in your car, especially if you’re looking for the best dash cam deals. Dash cams can continuously record what’s happening in front of you while you […]