Samsung Galaxy Unpacked 2021: start time, how to watch and what to expect 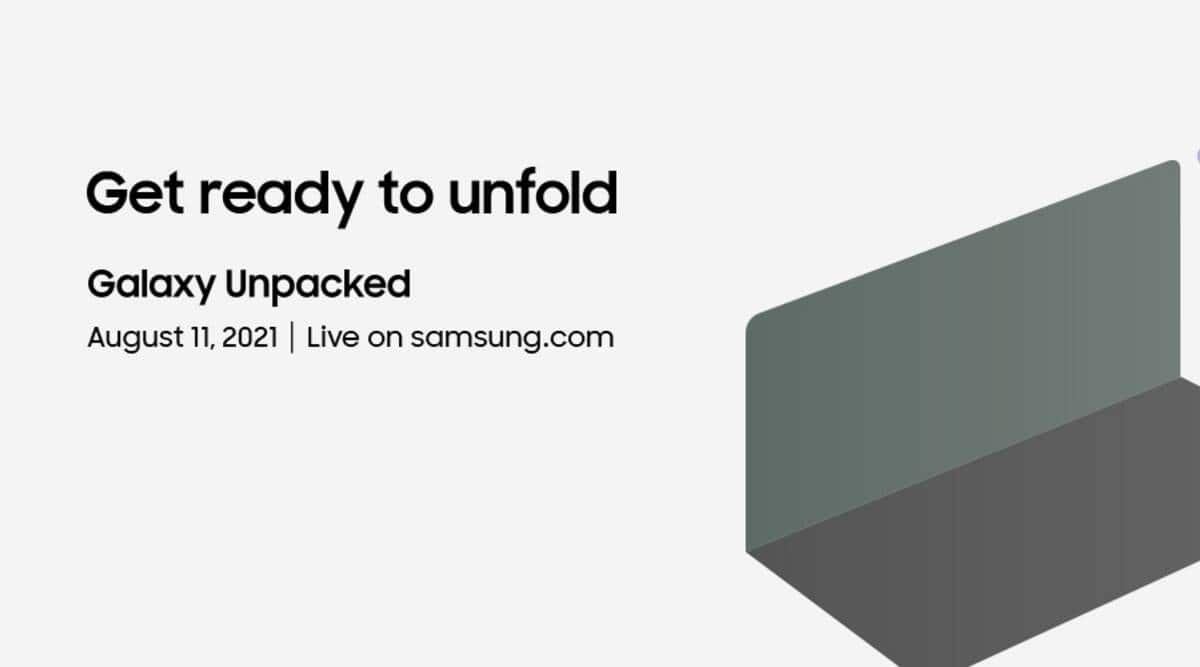 The Galaxy Z Flip 3 and Galaxy Z Fold 3 are expected to feature sleeker designs, faster processors, and improved software. The Galaxy Watch 4 and Galaxy Watch 4 Classic will be the first Samsung smartwatches to feature a unified version of Wear OS, jointly developed by Google and the South Korean giant. The slogan of the event is “Prepare to Unveil”. Here’s all you need to know.

Samsung Galaxy Unpacked 2021: How to watch the event

Samsung will launch the Galaxy Unpacked event on August 11 at 7:30 p.m. IST. You will be able to watch the live stream of the event on Samsung’s YouTube channel or on the company’s website. You can also directly stream the event live from the YouTube link we’ve embedded below.

Samsung Galaxy Unpacked 2021: what to expect?

Samsung is also reportedly launching the Galaxy Z Fold 3 at the event. The tipster suggests that the Samsung Galaxy Z Fold 3 will contain a 7.6-inch primary (internal) screen and a 6.2-inch secondary (external) screen. It is expected to have a triple rear camera setup with 12MP sensors, a 10MP selfie camera on the cover, and a 4MP selfie camera sensor on the top of the screen.

Additionally, Samsung will also launch the Galaxy Watch 4 and Watch 4 Classic. The devices will run on the new version of Wear OS, the unified platform developed by Google and Samsung will focus on faster performance, longer battery life and the developer community.

Samsung is also set to launch the Galaxy Buds 2, which is expected to be the successor to the Galaxy Buds +, with a few upgrades including Active Noise Cancellation (ANC). The earbuds are also said to have an IPX2 certified design for water resistance and Bluetooth v5.2 connectivity.

Meet the photographer who climbs to new heights