RIDVAN YILMAZ’s last steps as a Besiktas player were filmed last night as he said an emotional goodbye to the Turkish team.

The 21-year-old is due in Glasgow for talks this weekend to complete his £5m move to Rangers.

An emotional Yilmaz has a great attachment to the Istanbul team where he rose through the youth ranks.

He told reporters outside their Spanish training camp: ‘Separations are also included in love. We always have a brotherhood’

He is a full Turkey international with six national team caps to his name having made his debut against Azerbaijan in May last year.

The star recently said he based his game on five-time Champions League winner Marcelo, who also won six La Liga titles during his time at Real Madrid, while acknowledging he would like to try out British football . 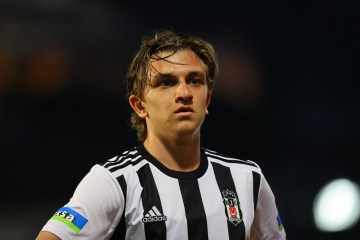 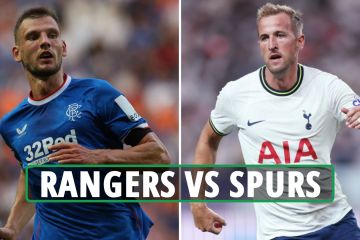 And the lowly defender admitted he still receives pocket money from his parents, despite five caps for his country.

He said: “I have only one idol in football and that’s Marcelo.

“He’s someone I’ve always admired and I always want to try to play like him. What he’s done in his career has been amazing. I love the way he attacks in the future.

“Of course, every player has a goal. To play in Great Britain is my biggest dream. I currently take two hours of English lessons a day.

“I think I’m really at the start of my football journey. I have a lot to learn. I’m improving every day and I’m constantly working to compensate for my lack of physicality and my fitness.

“Listen, my home is Besiktas. I act in accordance with the interests of my club.

“I hear a lot of interest through my agent. I would like to earn money for the club one day, like Cenk Tosun did when he left our club for Everton.

“I always said that I wanted to play abroad eventually.

“My ambition has always been to become a footballer. I come from a family that plays football. I started playing football thanks to my brother.

The craze for Huawei Mate X2 continues to increase among users, on the other hand, the company is said to be working on its successor – Mate X3 to finalize the general aspects of design, manufacturing and shipping date. According to a report, Huawei Mate X3 foldable smartphones are not compatible with the previous generation […]

$85,000 in grants for photojournalists made available by Getty

Getty Images announced that it will support photographers, videographers and organizations that report on inclusive and sensitive topics, with the aim of strengthening the power of photography as a journalistic medium and promoting diversity. Grants may be requested by documentary photographers and visual journalists who report on stories such as forced displacement and human rights […]

Rice’s rude rant against the referee caught on camera

David Moyes insists Declan Rice’s crude rant in which he accused Europa League referee Jesus Gil Manzano of corruption shows how much West Ham players care about him. Hammers captain Rice was filmed berating the Spanish official in the tunnel after his side suffered a semi-final heartbreak at the hands of Eintracht Frankfurt on Thursday […]