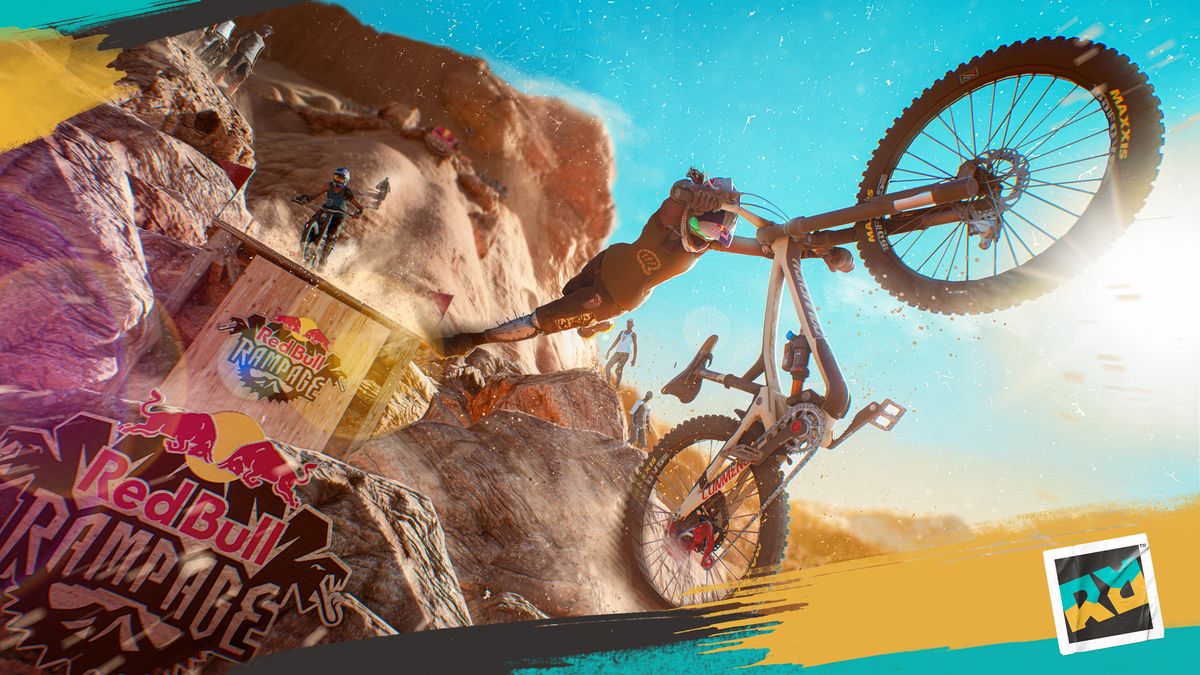 There are few things that can recapture the sheer joy of riding a full speed bike as a kid and feeling totally fearless. I mean yeah, I can still hurtle down the side of a mountain on a set of skis, but today I’m also more aware of how you can break. Riders Republic captures that childhood magic, that feeling that you are unbreakable and unstoppable, whether you don a wingsuit, don a snowboard, jump on a BMX or have an off-road snowmobile career. . And that’s only improved here by the ability to switch to stunning first-person mode with the push of a button.

What Ubisoft created in Riders Republic is a Forza Horizon for extreme sports. Much of the DNA of the Playground Games series is here, from the strong festival feel to using a rewind feature when you miss a race. Unlike Forza Horizon though, these flashbacks don’t happen for everyone, so using them in a crash will cause you to fall back behind the pack if you’re not careful, which adds a nice element of drama.

Riders Republic also takes advantage of player ghosts in races and the world at large. It’s not quite Drivatar tech, but it helps make the map always come alive. Watching the white ghost markers meander through an area can highlight racing routes or mountainside lines, while a group elsewhere may indicate there is something to explore. It’s almost a game in itself, just watching them move.

Other live players, however, are marked in yellow. You’ll experience the world with over 50 other players anytime on PS5, Xbox Series X, and PC (PS4 and Xbox One are down to 20+), but the map is absolutely huge so your real opponents can be thrown away. While there will be versus options in the final version, the Rider Republic beta is a much more single-player racing experience, unless you team up with friends. Until the horn comes for the mass races.

From time to time, Riders Republic will notify you when one of these mass races is starting. You will have four minutes to make it to the starting point where you will gather 63 other players for a multiplayer race like no other. These are my absolute favorites, and clearly the underrated headliners of Riders Republic. Gathered at the top of the mountain, the 64 players must then race down the mountain in races that take you from sport to sport for each stage. You can start out on a snowboard, but halfway through you’ll end up on a BMX, or later you’ll have to navigate tight turns with rocket-powered skis before switching to a rocket suit. There are obstacles to avoid, as well as the ousting of other riders to consider, and these races take place over three rounds, giving you three opportunities to achieve a higher ranking. Plus, they’re always slightly different, so there is an added benefit to repeating. It’s a fantastic way to quickly get to grips with all that Rider Republic has to offer, but with such chaos being so great, it’s also a blast. Although hitting anything when you’re in the top 10 that sends you back in the bottom 10 will never hurt.

Far from the cacophony of mass racing, there are career paths based on the individual sports to be played. Each event contained inside will earn you stars which will unlock more gear, more events, and more career opportunities. They are much more leisurely than mass events, in that you can do them when and in any order you like, even repeating events to pick up extra stars by checking off additional goals like completing a particular stunt or finish a race in less time. This does not mean that they lack the energy of mass events. Part of the multiplayer chaos yes, but each race is unique and will sometimes surprise you with silly outfits or comedic comments. The variety, both in the events and sports on offer, is quite staggering – even at this beta level, it’s an impressive feat.

Everything I’ve played from Riders Republic so far has a wonderful balance of silly and serious. On the one hand, you’re trying to perfect your tricks to look like a badass on a BMX, and yet in the next minute you’re riding dressed like an inflatable T-Rex. The mix of races and tricks is also a good balance. Also, it’s worth remembering that this is from the developer of Steep, so away from the loud costume and banana events there is space to take a minute to just explore – the map is littered with events but also viewpoints and waterfalls to discover. Taking the time to look for these points of view will give you a nice panorama and some information that will allow you to learn more about these American mountains and the areas that surround them. It’s something I loved about Steep, so I’m glad to see that calmer side make a comeback with Riders Republic.

At the heart of it all is this festival vibe. The game is themed around the idea that everything is shown on The Ridge TV, with all the cutscenes playing out as if being filmed on a portable camera. The characters you will meet are exactly the kind of beautiful shots you would expect from an arcade sports game like this, all “brothers” this and “legendary” that, but they laugh at themselves and of those stereotypes in a way you end up laughing with them. Commentary is never intrusive either, allowing you to enjoy each of the adrenaline-fueled moments as they arise.

So if it’s even vaguely piqued your interest, give the Riders Republic beta a moment. It’s far from a teaser and it’s more of a major bite of the complete extreme sports sandwich that you can enjoy later this year.

Riders Republic launches for PS5, Xbox Series X, PC, Xbox One, and PS4 on October 28. Until then, discover the others new games for 2021 and beyond.

Taste It Broomfield back in person at 1STBANK Center