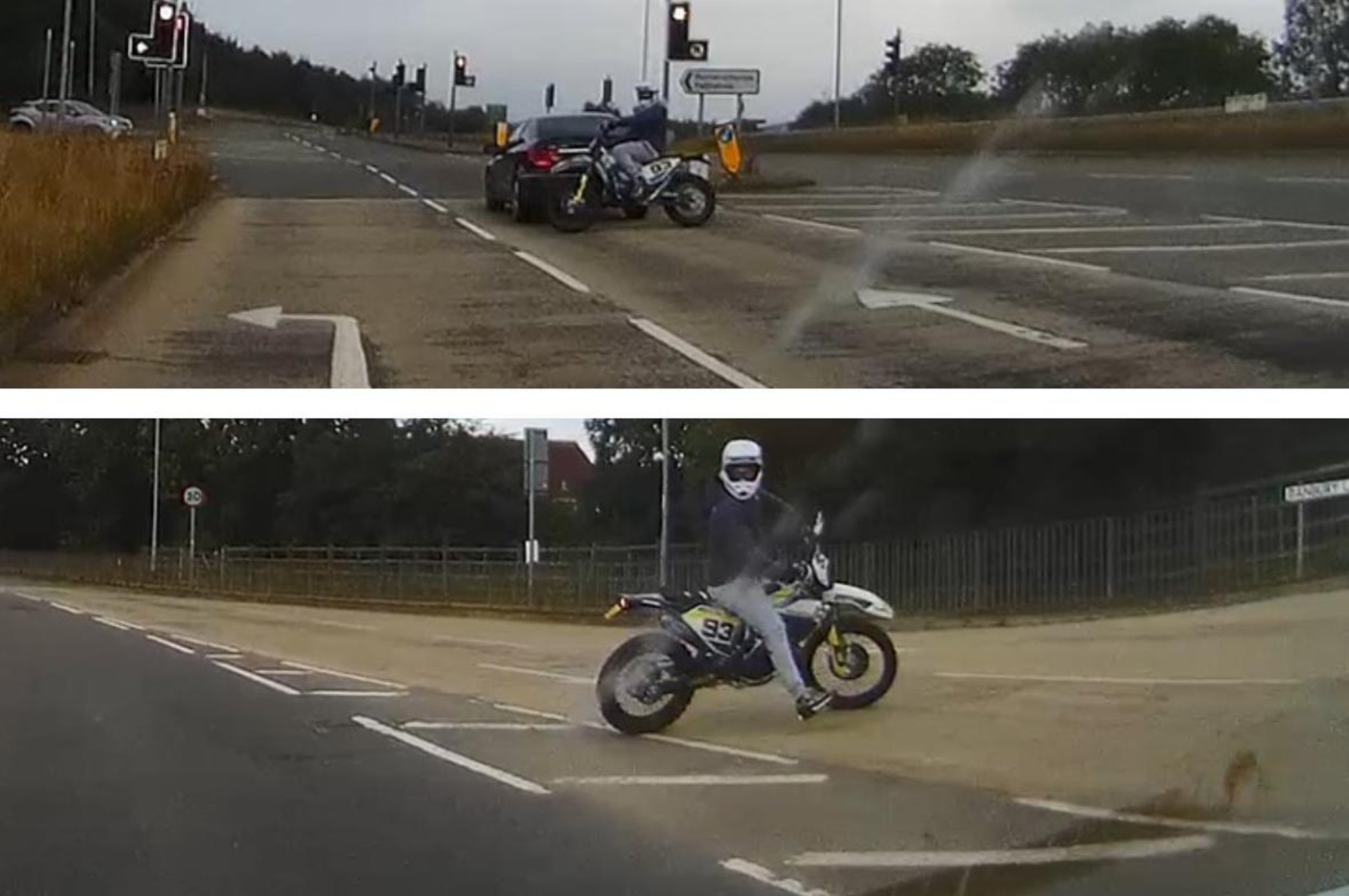 Police are trying to identify a motorcyclist, who was seen driving dangerously in Northampton.

A driver spotted the motorcyclist driving dangerously in Upton Valley East at around 4:25 p.m. on Friday, October 8. The rider was seen jumping red lights, turning around in the middle of the road and capering.

Unfortunately, the license plate of the motorcycle was not legible in the dash camera images shown to the police.

Register now to our daily newsletter

The newsletter i cut through the noise

Do you recognize this biker?

A Northamptonshire Police spokesperson said: “Officers believe the person pictured may have useful information about the incident and are asking them, anyone who recognizes them or the motorcycle, to make contact.”

Anyone with information is asked to call Northamptonshire Police on 101, quoting the incident number: 21000627309.

The police spokesperson continued: ‘The fight against anti-social behavior (ASB), including nuisance caused by vehicles, is a priority for Northamptonshire Police. ASB to report it to us via 101, online or in an emergency by calling 999. “

The motorcycle’s license plate was unreadable in the dash camera images.