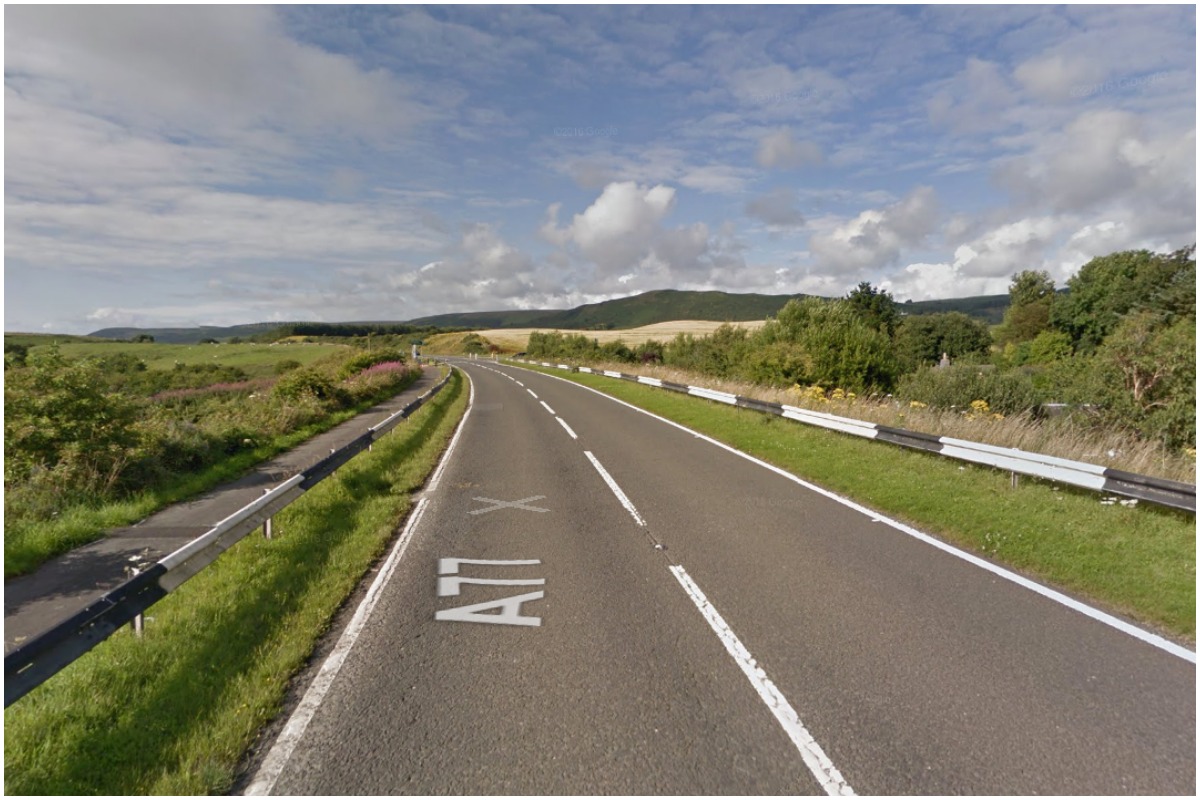 A dog has been dumped after being thrown from a van on a rural Scottish road, as police call to help locate the driver.

The dog was thrown from a white Ford Transit van with black tinted windows onto the A77 near Innermessan, Dumfries and Galloway.

The shocking incident took place around 3:50 p.m. on Thursday and police were alerted after receiving reports from members of the public.

The dog was left by the side of the road and the vehicle drove off, before the animal was picked up and taken to the vet.

The dog is being held temporarily at Stranraer Police Station, as cops call in to help locate the driver of the van.

Officers asked any witnesses or motorists equipped with dash cameras who were in the area at the time to make contact.

A statement from the Dumfries and Galloway Police Division read: “At approximately 3:50 pm on August 26, 2021, members of the public reported to police that a dog that had been thrown from a white Ford Transit van with black tinted windows on the A77 near Innermessan.

“The dog was left on the side of the road and the vehicle drove off. The member of the public who saw this contacted the police who attended to and lifted the dog and went to the local vet for make sure he was safe and healthy.

“The dog is currently residing at Stranraer Police Station for the time being.

“Anyone who has seen the described vehicle in the area on time and date and anyone with on-board camera images or information is requested to contact the Stranraer Police Station.”