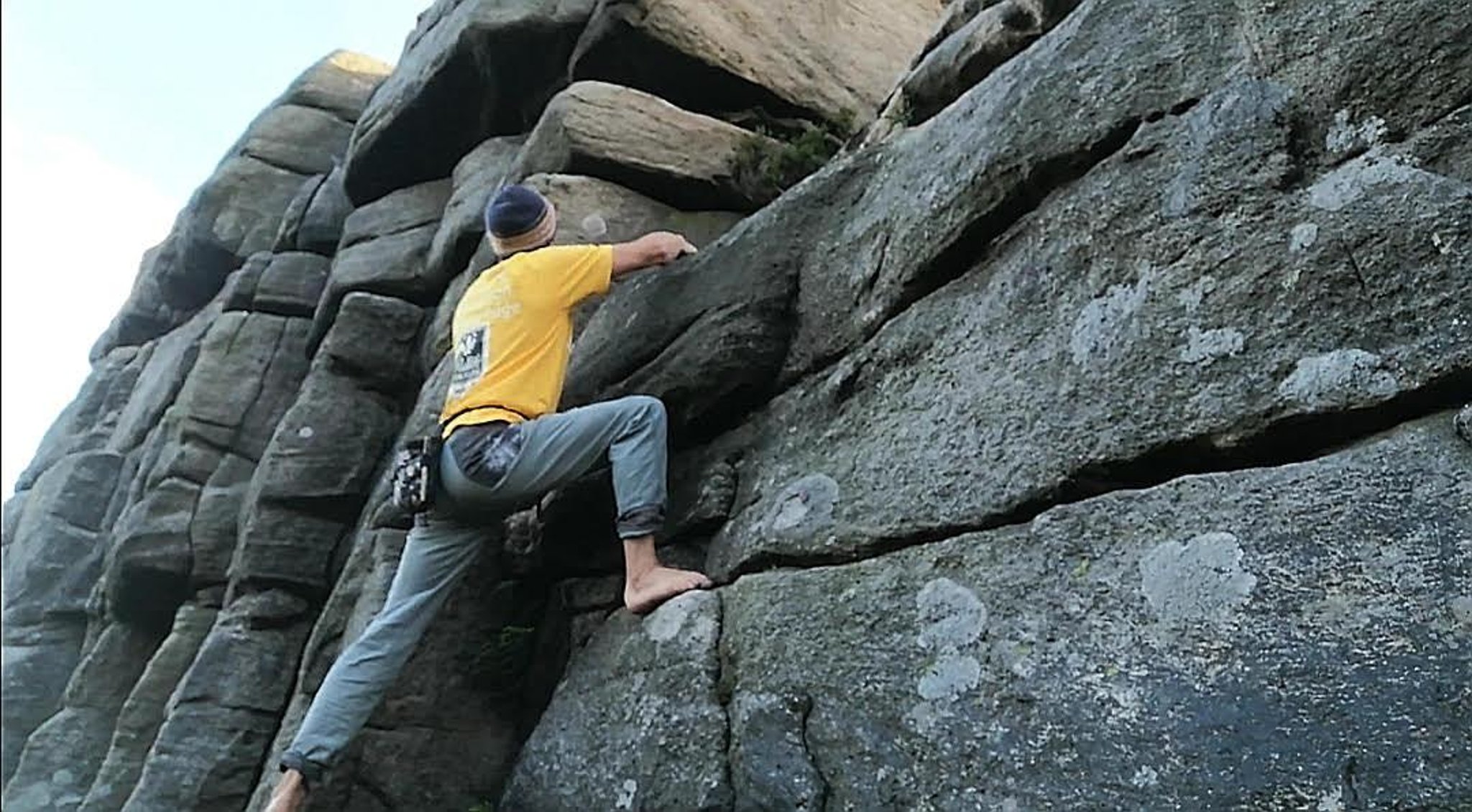 Richard Taylor has been climbing his entire life, but last week he took on his biggest challenge ever, climbing the Stanage Edge on his own in 24 hours without ropes.

The 49-year-old started his adventure at 3:30 a.m. on Thursday and made it through Friday morning, stopping only for naps of around 20 minutes when exhausted.

He said: “It was an amazing experience, my 24 hour trip was so much more than rock climbing. It was a total immersion with nature, it is pure magic that changes life.

“Being outside and seeing the sun rise, set and rise again made it a day to remember.

“Climbing is a selfish act because it only benefits the climber. So I wanted to do something that would help others. So I raised money for the Derbyshire Wildlife Trust to help protect the wonderful area in which we live in. “

During Richard’s epic task, he traversed the entire length of Stanage and Burbage Edge, scaling 512 ropes-less routes and 84 boulders.

Twenty of his routes were repeats, alternate starts or finishes and 18 were done in reverse up and down, bringing the total of climbs in 24 hours to 634, meaning he climbed 4,692 meters.

He said: “I had done over 400 climbs on the Stanage Edge already, so coming back I had an idea of ​​what to expect.

“However, there were a few tough times. The abrasive stone dries really fast, so after the rain the week before I knew the stone would be dry, but I stood in a puddle on a ledge and my shoes lost all grip and I slipped but I held on.

Richard grew up in Burbage and moved to Chapel and says his earliest memories were climbing The Roaches and going exploring.

He said: “Climbing has always been great for me to put things in perspective, if I have a bad day I get out a bit and everything is better.”

During his ascent, Richard made inquiries with his wife and children to let them know he was okay.

In these confusing and disturbing times, local journalism is more vital than ever. Thank you to everyone who helps us ask the questions that matter by taking a subscription or buy a paper. We are all fighting together. – Louise Cooper, editor.

NEWS: We are partnering with Vinco for live coverage of Grangemouth and Aberdeen