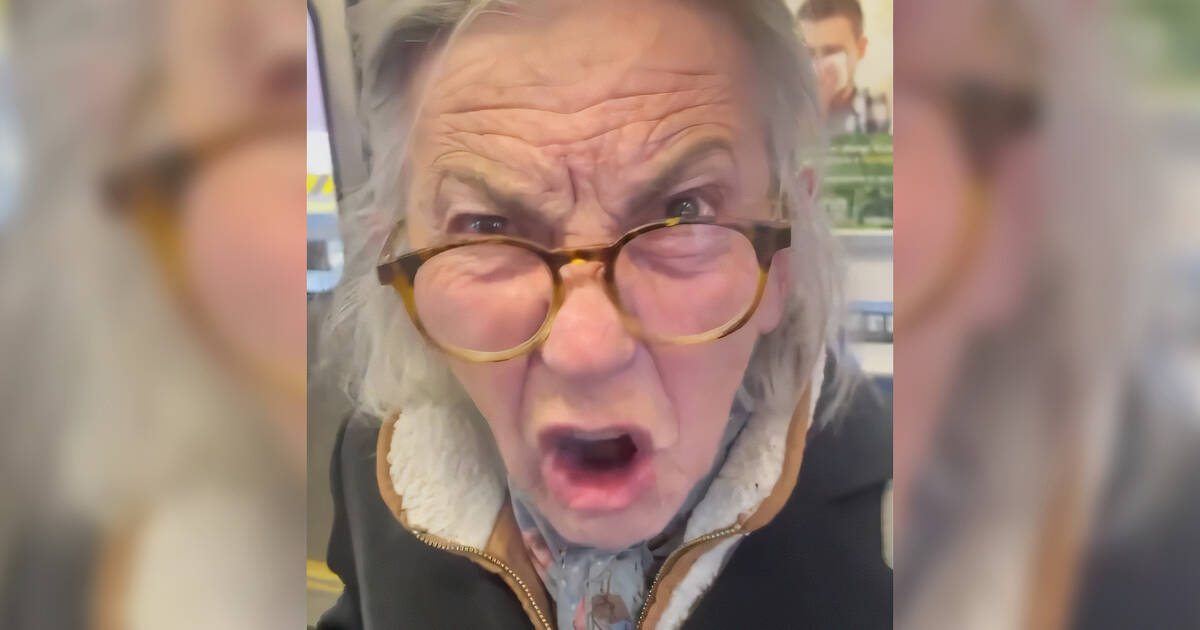 Taking public transportation is never anything less than an adventure in most major cities, including Toronto, but it’s not often that someone stands up directly in front of you to yell obscenities – no enough time to capture the right moment on camera, anyway.

And yet, it’s 2021, the year when everyone’s pissed off all the time, and a new TTC freakout video is going viral this week thanks to the legendary WorldStar Hip Hop.

The clip in question was shared with WorldStar’s 33.4 million Instagram followers on Tuesday with the caption: “The response of an elderly woman when told she had to wear a mask on the train. “

“You need a severe loss! You need a severe lifestyle! You have to fuck me up and leave me alone, because you are nothing but the lowest form of shit military that ever existed! ” an elderly woman yells into the camera at the start of the clip, which is attributed to an IG user from Toronto with the handle @eastwife.

The person filming can be heard saying “all I said was you need to calm down” to the woman, who starts screaming “you need to get out of this fucking life!”

“Everyone on this train is wearing a mask except you,” says the passenger who is yelled at in what is clearly a TTC subway train. “Have fucking respect.”

When the person filming tells their travel companion, again, that they need to calm down, stating “you need help” and “I will pray for you”, the angry woman leaves, again. , repeatedly shouting “Don’t you dare!”

blogTO could not reach the original poster for comment, but @eastwife explained to 6ixbuzzTV, who reposted the video, that the lady was angry when she got on the train.

“Well, to give you a story, the lady got on the train like that, I didn’t anger her,” she told the Toronto outlet. “She hit a child with her cart and that was the last straw for me. That’s why I approached her.”

“It’s an unfortunate exchange,” TTC spokesman Stuart Green said of the video, seen on WorldStar. “Our preference is that clients don’t engage with other people rather than masks.

“People may have legitimate reasons not to wear them,” he continued. “Our weekly audits of tens of thousands of observations show that 99% of customers have a mask and 97% wear it correctly.”