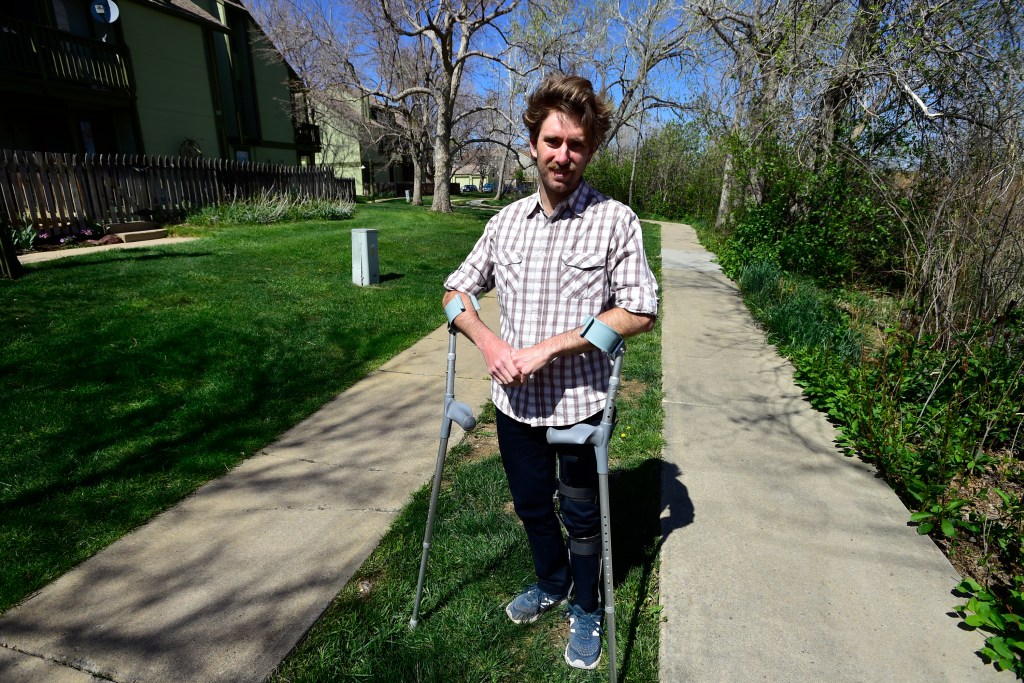 The driver suspected in a hit-and-run accident that injured Andrew “Bernie” Bernstein in 2019 is expected to reach a plea deal on Friday.

Stephen Thomas Grattan, 49, is accused of leaving the scene of an accident involving serious bodily injury and reckless driving resulting in injury, according to court records online.

Grattan is scheduled for an arraignment hearing on Friday and, according to a social media post by Bernstein, he is expected to strike a plea deal that would involve a stipulated jail term.

“I plan to address the court at Friday’s appearance and will speak about the importance of this sentence as an important step in the criminal proceedings surrounding this accident, the impact this accident had on me, as well as my feelings about the punishment itself as it concerns me personally and the wider cycling and driving communities, ”Bernstein said in a statement.

But the Boulder County District Attorney’s Office did not confirm Thursday that a plea deal was in place.

“This is a serious case and our office will continue to work hard for justice,” said spokesperson Shannon Carbone. “It is up to the accused to decide whether he chooses to plead guilty or to be tried. It is his right. Of course, the accused is presumed innocent until proven guilty.

But although he did not confirm the stipulated sentence, Grattan’s defense attorney, Mr. Colin Bresee, said in an email to the camera that “Stephen Gratton is contemplated to plead and assume full responsibility (Friday) ”.

“Stephen is adamant that he didn’t know he had hit someone with his vehicle,” Bresee said in the statement. “He is overcome with guilt and understands how meaningless an apology sounds. Stephen realizes that there are no words he can say to Andrew Bernstein to help him in the recovery process other than “Guilty, Your Honor.” “

Any plea agreement would not be official until Grattan pleads guilty in front of a judge and the judge accepts the plea agreement.

According to an affidavit, Bernstein was riding his bicycle west on Arapahoe Road on July 20, 2019, when he was struck by a vehicle that did not remain at the scene. A passerby found Bernstein and called for help. Bernstein suffered many serious injuries as a result of the crash, including a spinal cord injury.

Parts of a right front headlight were found at the scene, and investigators were able to determine it was from a Dodge Ram Van. CCTV from a gas station less than a mile from the crash showed Bernstein heading west, followed about two minutes later by a white van.

Another surveillance camera after the drop point picks up the van again, but not the cyclist. Investigators also found surveillance footage of what they believe to be the same pickup truck at a nearby intersection with visible damage to its front right side that was not present in the previous video.

After authorities issued an alert on the van, a Lafayette resident called the police on August 2, 2019 and said the van had been abandoned outside her house since July 27, 2019, a week after the crash. Investigators responded and found the van damaged on the front right side.

Grattan has been identified as the registered owner of the vehicle and told investigators that no one else had driven the van, but denied being involved in any accidents.

But according to the affidavit, a person who knew Grattan told investigators that Grattan told him “I think I hit the guy” and said it was “just a little bang”. The witness said that Grattan also knew the cyclist was in the hospital and that he would be sending flowers.

An arrest warrant for Grattan was signed in November 2020, but Grattan was not arrested until June, according to court records online. He is currently in custody on personal bail.

“Into The Wild with Bear Grylls & Ajay Devgn” review: strictly for fans with a taste for unforgettable pleasure