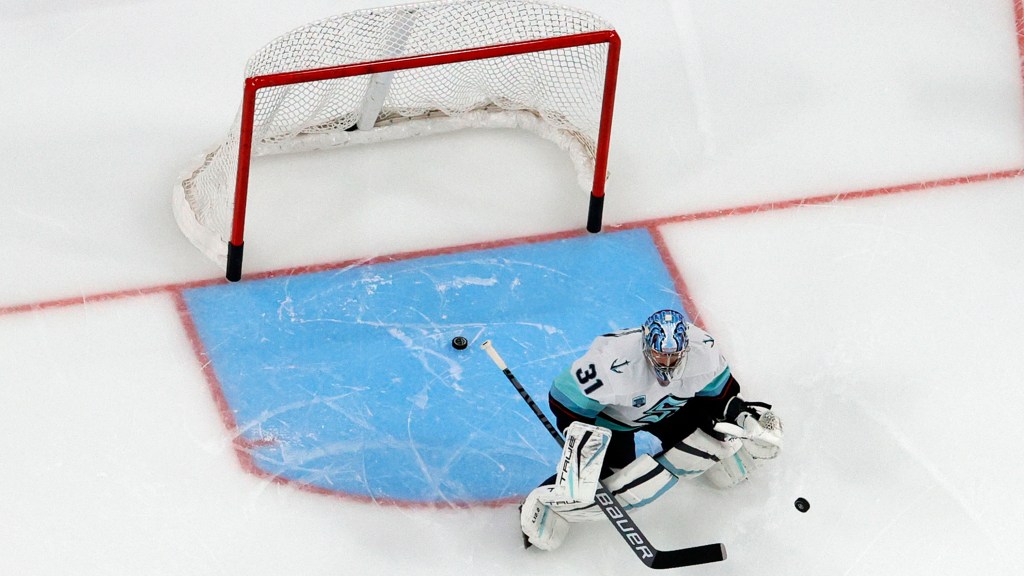 3 adjustments ESPN should make to perfect their NHL broadcasts

Hockey fans love a good shot counter. Shots are, after all, probably the most important statistic in a hockey game. So far, however, ESPN has yet to fully maintain the shot counter on its scorebug, frustrating hockey fans with the scarcity of its use.

I beg you @espn to get a shot counter on these shows. Begging.

espn set up a shot counter then immediately remove it pic.twitter.com/zaCnp32yab

This should be an easy fix for the ESPN team, all things considered. They already have a shot counter graph for the scorebug, so why not make it permanent? If it’s a bit too large for their liking, they can always abbreviate “shots” to “SOG” in the same way as TNT broadcasts, which have a dedicated shot counter.

ESPN briefly displayed this shot counter, but it disappeared after a few seconds. pic.twitter.com/EWQiR4AQli

TNT’s scorebug in the regular season. Includes logos, does not distract and has a hit counter. pic.twitter.com/cTojgFbR8x

The addition of the permanent shot counter is a small change, but one that wouldn’t detract from the overall minimalist look of ESPN’s scorebug while adding a key quality of life feature for hockey fans.