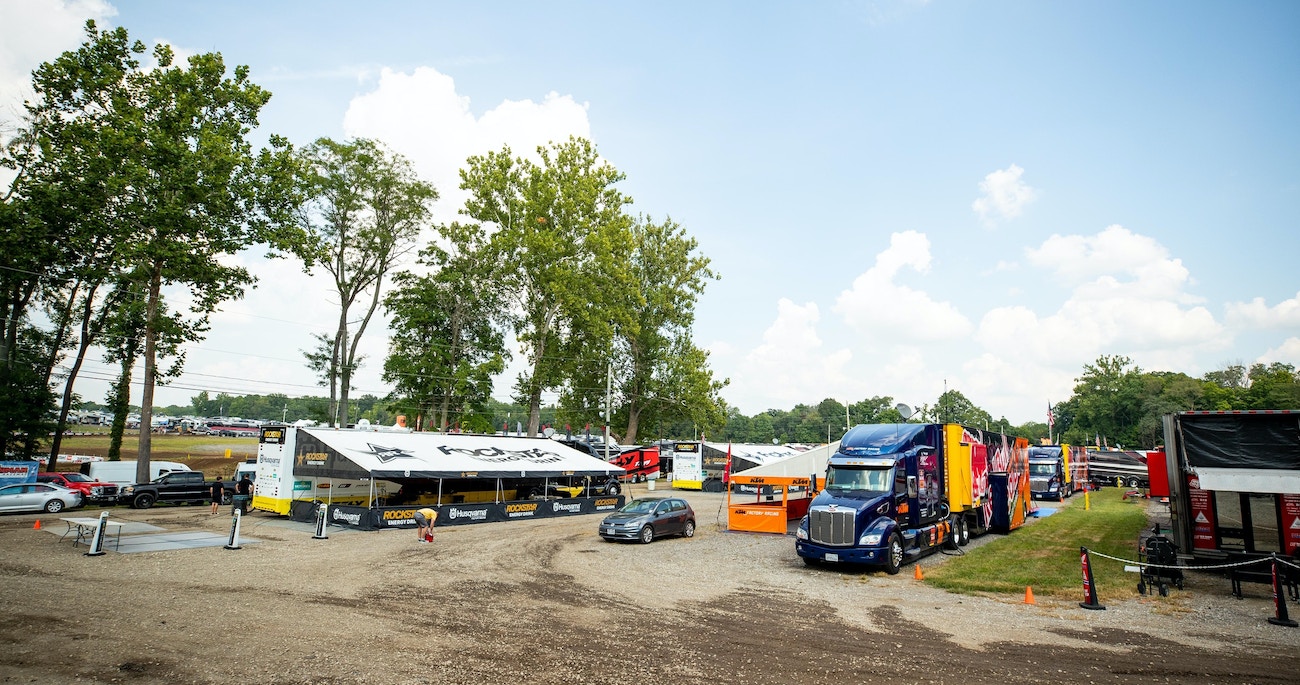 So why did he quit? Earlier this week, the Lucas Oil TV Production company had an outbreak of COVID-19 among the crew of 40 or more who work in and around production trucks, installing cables and cameras all around the track, then producing the broadcasts and sending them to the rest of the world to report them. They follow OSHA guidelines as well as the CDC and have been able to show off all the races we’ve had since the start of this whole horrible pandemic. At times it probably seems overkill to see the pit reporter wearing a mask and distancing herself from the runners she interviews, but that’s the kind of thing every TV production had to do in 2020 and 21.

When the team found out Wednesday that several people who worked at Budds Creek had tested positive for the virus, the production company followed the guidelines and told everyone involved in the production – the camera guys, the wiring guys, engineers, producers and directors, and the talent they needed to pass a COVID-19 test whether or not they were vaccinated. They also said anyone who was not vaccinated could not participate in the race this weekend as they had to be quarantined, in case they caught it last week but were asymptomatic. Several people who were already working here were sent home at that time because they were not vaccinated and were ordered to get tested again next week and return to the Fox Raceway team and Hangtown.

Grant Langston has previously tested negative for COVID-19, but explained that he had not been vaccinated. then come back for the rest of the races. At no time did they tell him that he needed to be vaccinated; they just said they would find a color commentator for this week’s shows and then he could come back next week.

All of this apparently rubbed GL the wrong way and he decided to quit TV, with immediate effect. He texted our staff saying this and we were all caught off guard by it – I didn’t even know about the outbreak until after the fact, but I was far from the TV truck in Budds Creek and I really have nothing to do with the show or the production company. Before I had a chance to call Grant to find out what was going on, he posted a video announcing his resignation on social media, implying that he was frustrated that he tested negative but couldn’t come. in Indiana, while saying he was told he could come to the last two events. Langston explained the situation fairly precisely, although he said he thought “it wasn’t about COVID, it was about the vaccine.” I believe this is simply not true. This was the policy of a company he was employed for (NBC, not MX Sports). They were cautious due to an actual and recent outbreak and didn’t want anyone else to spread or contract COVID without knowing it.

Businesses and colleges, restaurants and bars, churches and schools around the world are trying to figure out how to stay safe and how to stay open as COVID-19 continues to escalate, and that includes the production company that travels around the country filming these races. They have a policy and a manual on what to do in the event of an outbreak, and when they had one, they followed that policy. Grant wasn’t the only person affected by this policy, but he is the only one who resigned because of it, and I still wonder why exactly, as no one has told him who I spoke to anymore where he needed to get the vaccine to keep his job, he would only have to skip a race and then be able to come back next weekend. I would hate to think this was all some sort of misunderstanding of what the production company was really telling them, but they’re adamant that vaccinations aren’t a requirement for anyone but outbreaks (especially now with the Delta variant) are taken very seriously and policies during these times change.

I’m disappointed that GL feels so aggrieved by this that he quit a really good job, which he was very, very good at and seemed to really enjoy. He’s been a big part of shows over the years, and I would put the Weigandt / Langston team up there with anyone, including the gold standard Art Eckman and David Bailey. I hope he reconsiders his decision, because color commentary is very difficult work, and Grant Langston is good at it.

The production company had to bring in a few other engineers to replace the ones they sent home, and they invited Jeff Emig to replace Weege. Hoping they have a great show.

It’s been a busy week as most of the 2022 machines are here if they don’t arrive as we speak. Yamaha gave us a day on their 2022 YZ250F / 450F machines and while there might just be “refinements” to each bike, they act differently on the track, compared to their older counterparts. Check the failure of each machine right here in these two videos that we have prepared for you this week!